T.G.I.F. Pic Of The Week – Happy Birthday To The World’s Best Husband!

Posted on January 17, 2020 by livinginagrownupworld

This week’s post is dedicated to my husband – yesterday he turned 33, and I can’t express just how lucky I am to have him in my life. He’s an amazing husband, worker, friend, dad – he does it all, and always with a big smile on his face!

As I think about celebrating his birthday, I remember some of the amazing times we have had, and one big thing that comes to mind is the trip to Disney World we took last fall – and even though he’s not a huge Disney lover, he managed to have a blast (even with a broken hand!) 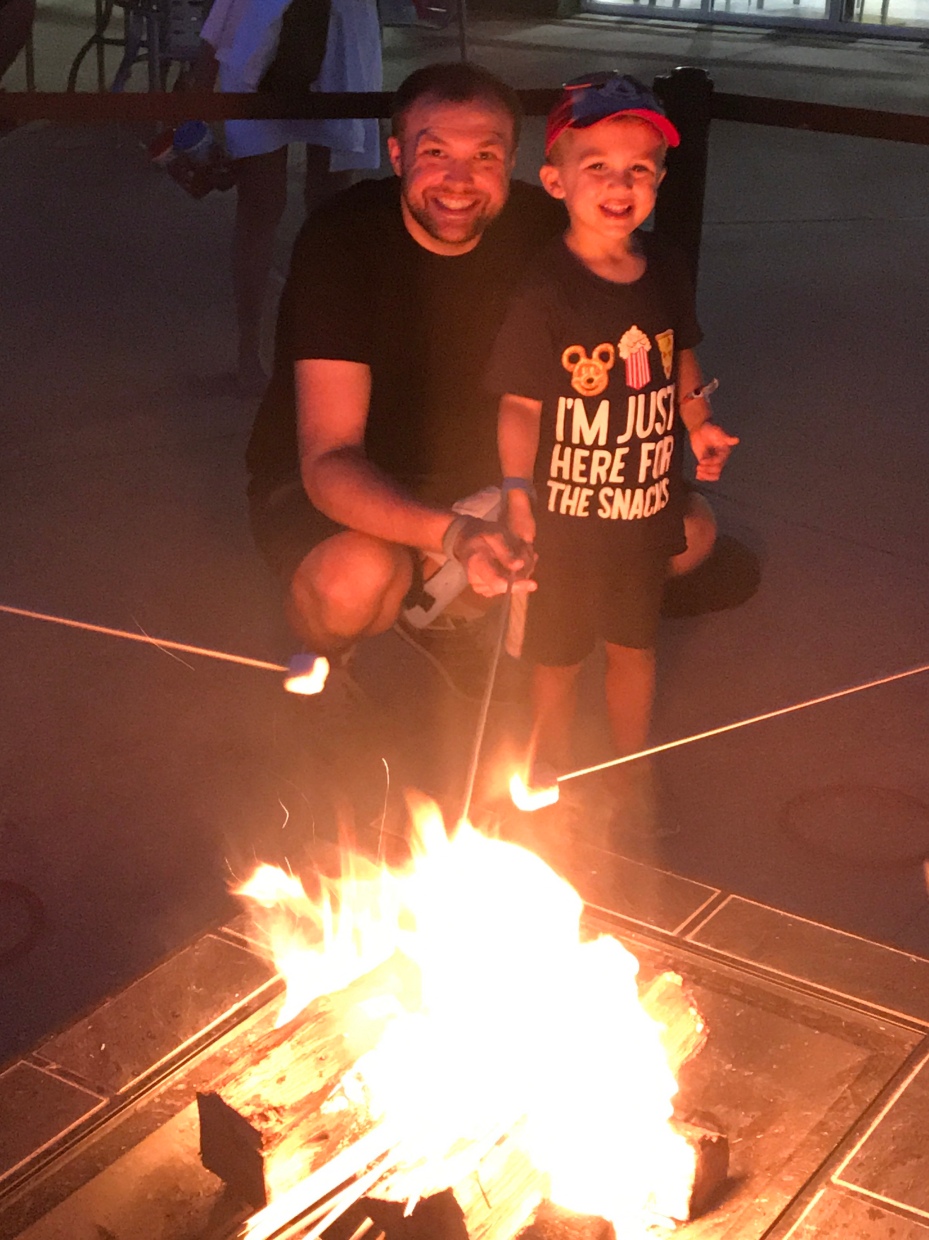 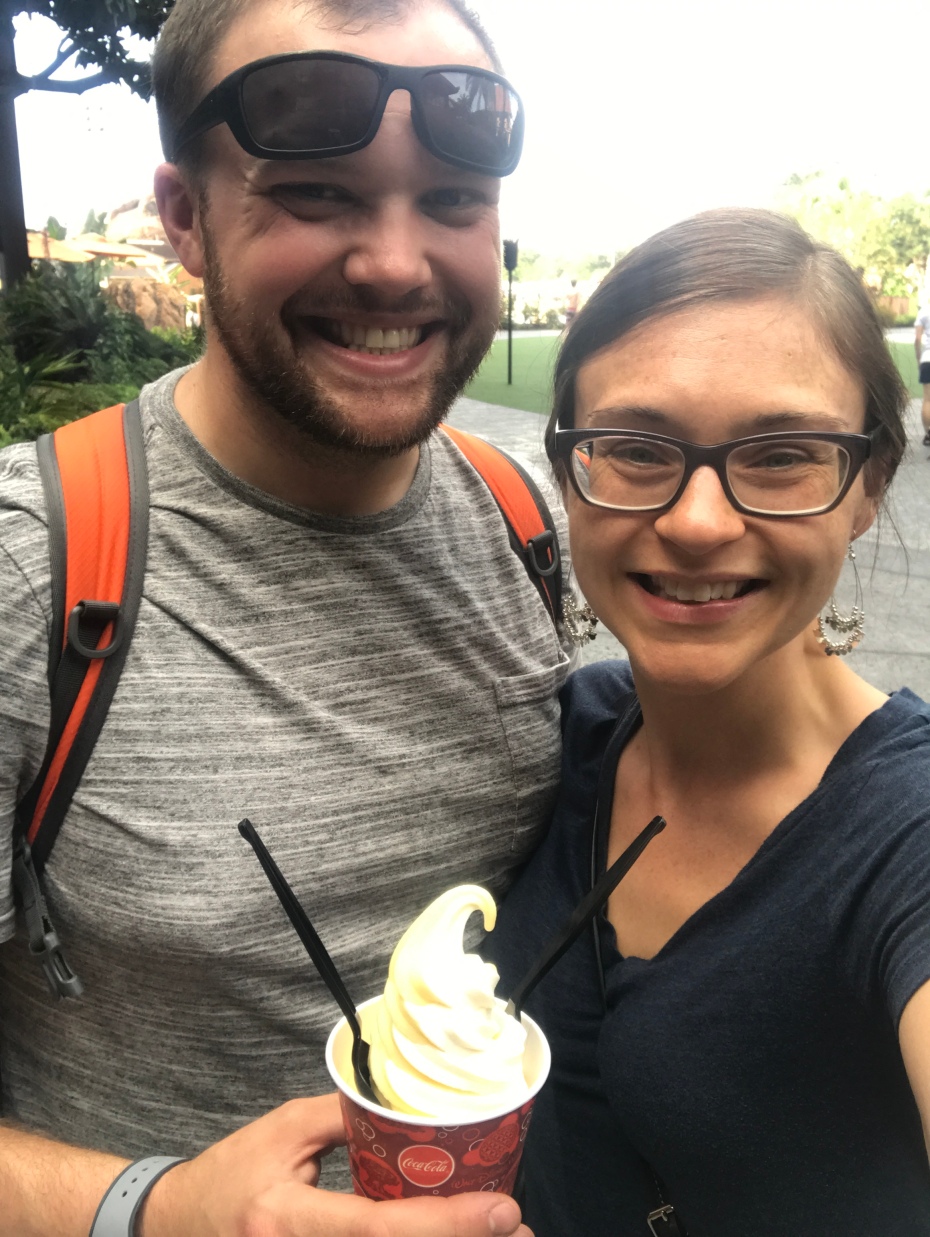 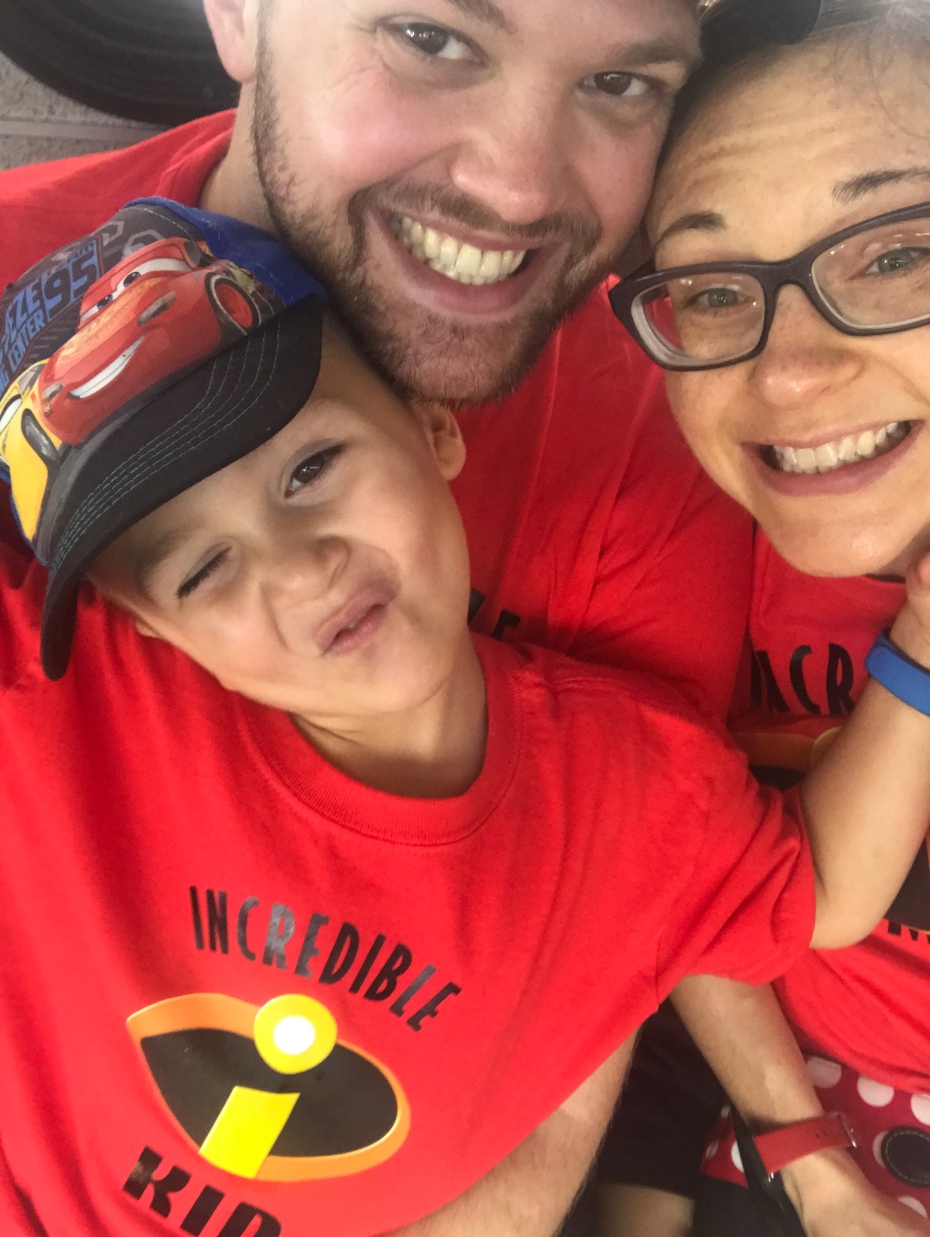 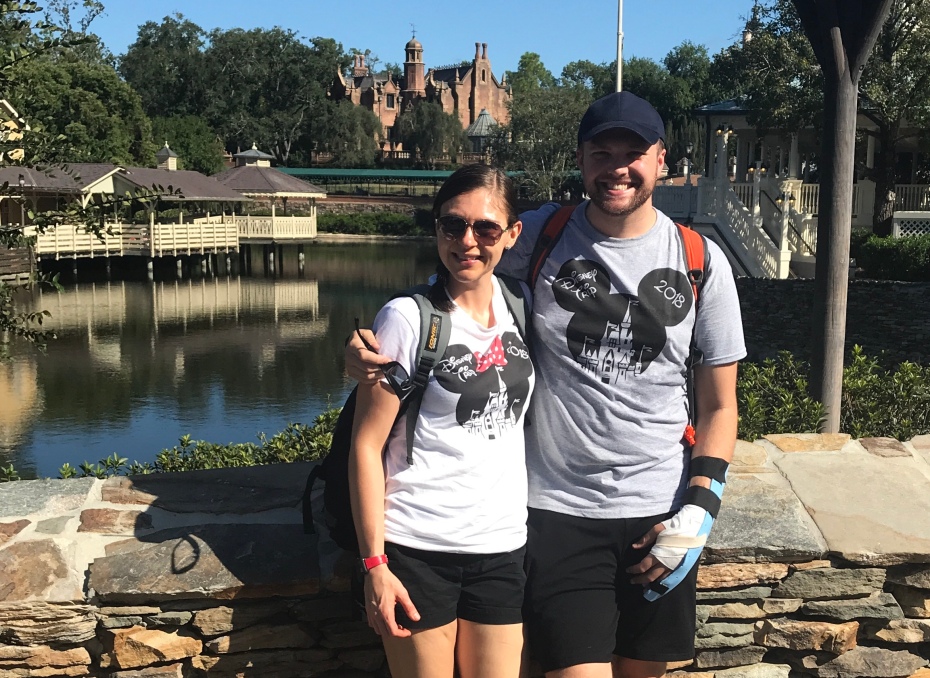 He really is the best, and he is patient and kind to everyone – especially me! He supports my Disney Loving lifestyle, and really what more can one ask for in a husband?

Shoutout to all the dads out there who really show up for their families – who smile and make the best of it no matter what, and who deserve to be celebrated every single day (but especially on their birthdays!)

T.G.I.F. Pic Of The Week – Ho Ho Ho! Holiday Treats Have Arrived At The Disney Parks!

Posted on December 17, 2019 by livinginagrownupworld

There’s plenty to be thankful for this Holiday season – health, family, home, love, and of course – FOOD!

Christmas or other holiday meals and treats are amazing, and I love a good homemade treat – but I would gladly trade that in for a chance to sample some of the amazing meals and snacks served up at the Disney Parks this time of year!
Here’s a few of my top picks: 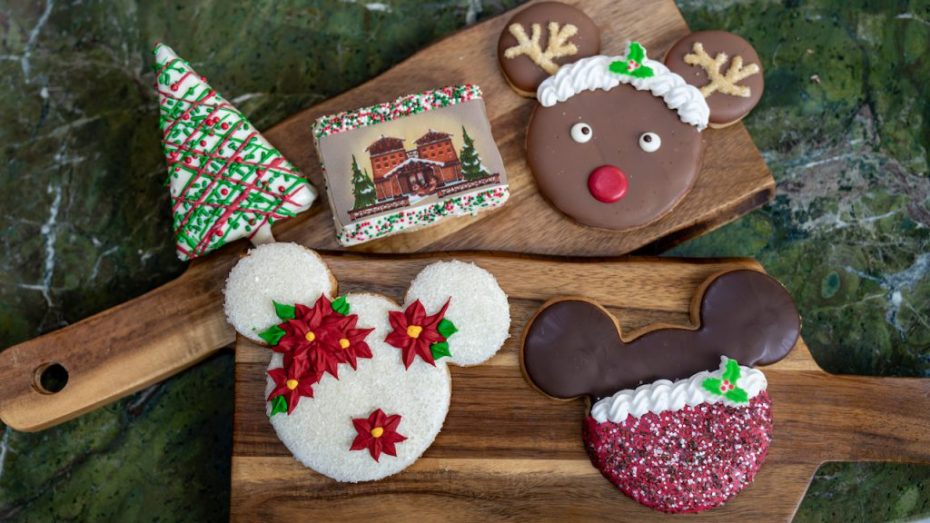 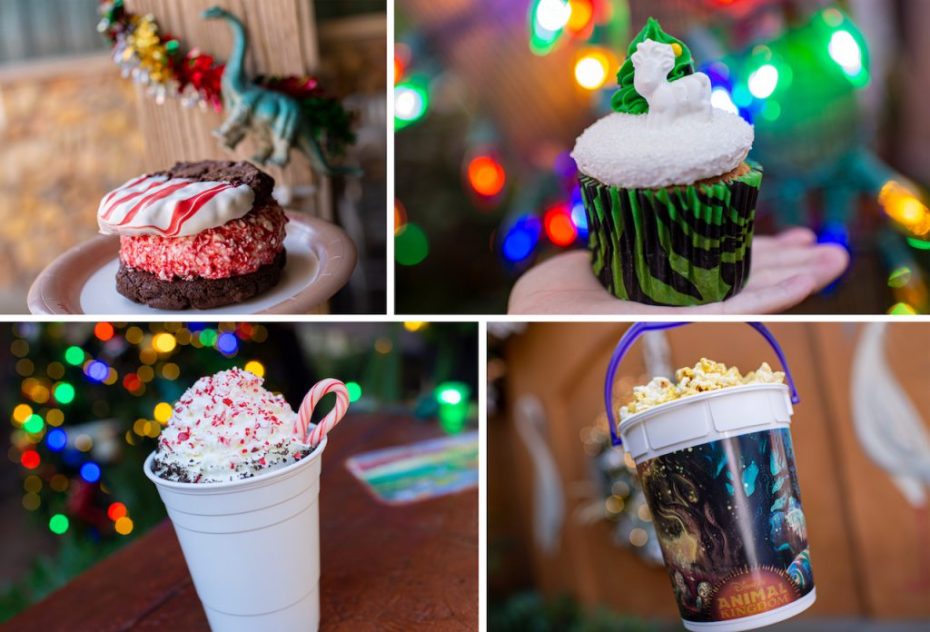 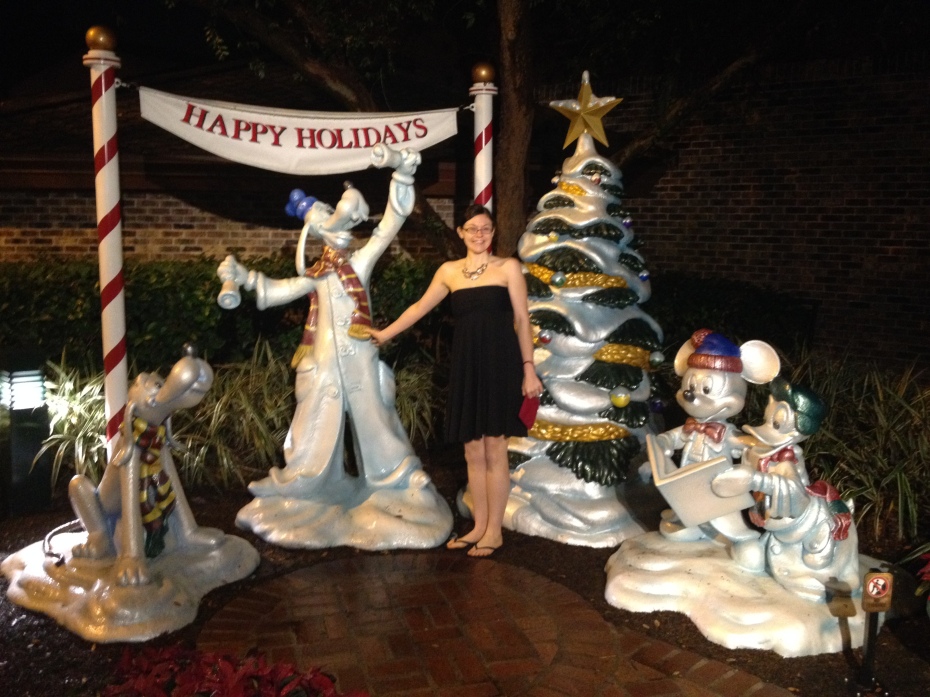 While I have been lucky enough to spend multiple Christmases at Disney World, I unfortunately won’t be there to check these out this year

What about YOU – are you heading to Disney this Holiday Season? What treats are YOU most excited to try?

Posted on November 8, 2019 by livinginagrownupworld

I read an article recently that said family vacations have a long-lasting impact on kids’ happiness – and I couldn’t agree more. It can be a lot of planning and packing, and it’s not cheap to go away as a family – but it’s worth it in the long run. A chance to disconnect from work and the pressures of “adulting” is something we ALL need every now and then

For me, some of my best family memories are of the trips my parents and I took to Walt Disney World when I was a kid – those good times have stuck with me, and I hope my son can say the same when he grows up!

He talks about the trip still, and how much he loved the rides and characters – and how he can’t wait to go back: 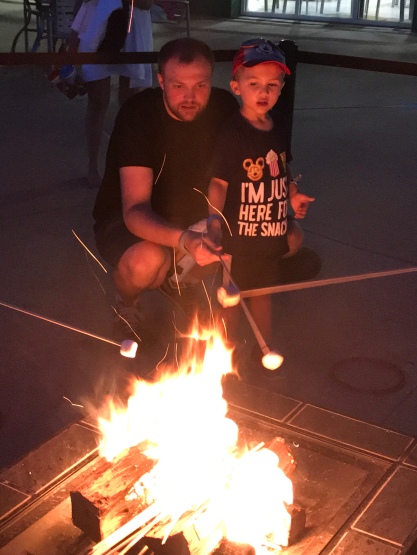 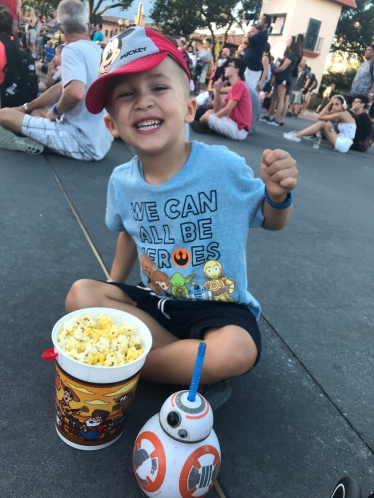 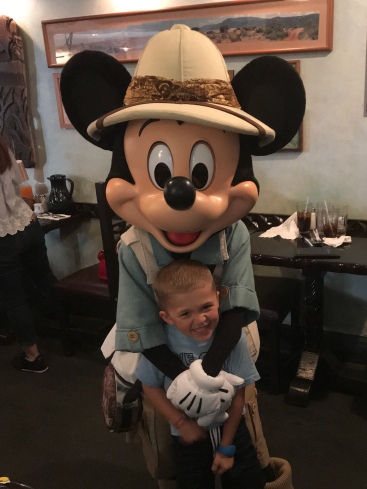 Hopefully we can take him back soon – since I have science on my side, I think convincing my husband should be easy, right? Read more about the impact family vacations have on kids Here

T.G.I.F. Pic Of The Week – The Only Thing I Love More Than Disney World In The Fall…

Posted on October 18, 2019 by livinginagrownupworld 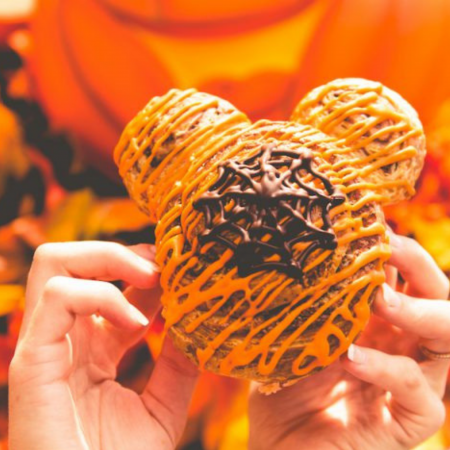 This adorable Mickey-Shaped Cinnamon roll is adorned with orange glaze and a chocolate spiderweb, and is available at the Main Street Bakery 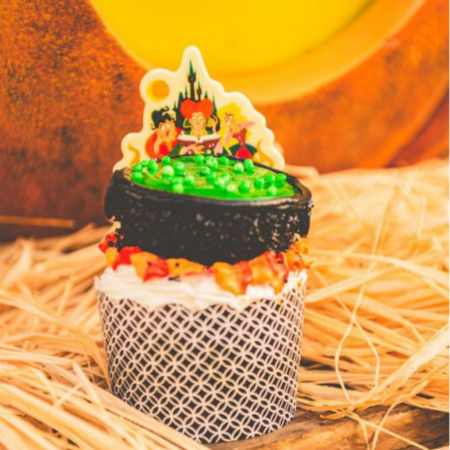 This is another one of the Main Street Bakery’s amazing fall items – filled with caramel, and topped with a “cauldron” and chocolate buttercream, and featuring an edible homage to the Sanderson Sisters – this “Amuck, Amuck, Amuck Cupcake” is truly a delicious, one of a kind treat! 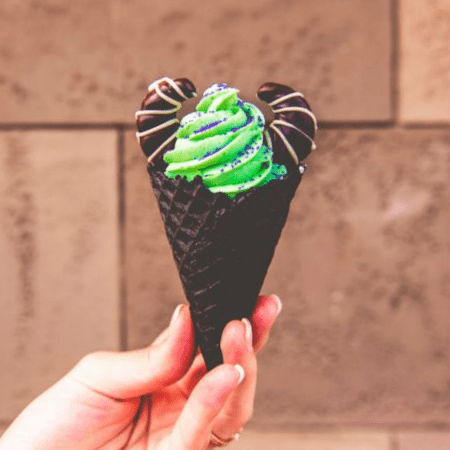 Head over to Liberty Square Popcorn Cart for one of these evilly delicious Maleficent Cones – lime soft serve in a black waffle cone, topped with chocolate horns and purple sugar 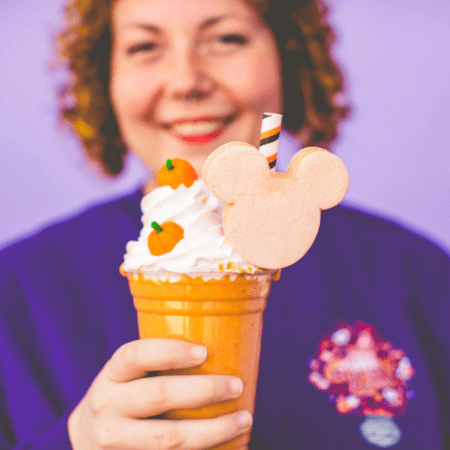 Now – here’s my favorite fall treat of them all – a Pumpkin Spice Milkshake topped with candy pumpkins and a Mickey Marshmallow. It’s available at Auntie Gravity’s Galactic Goodies, and if this doesn’t put you in the fall mood, nothing will!

Posted on September 27, 2019 by livinginagrownupworld 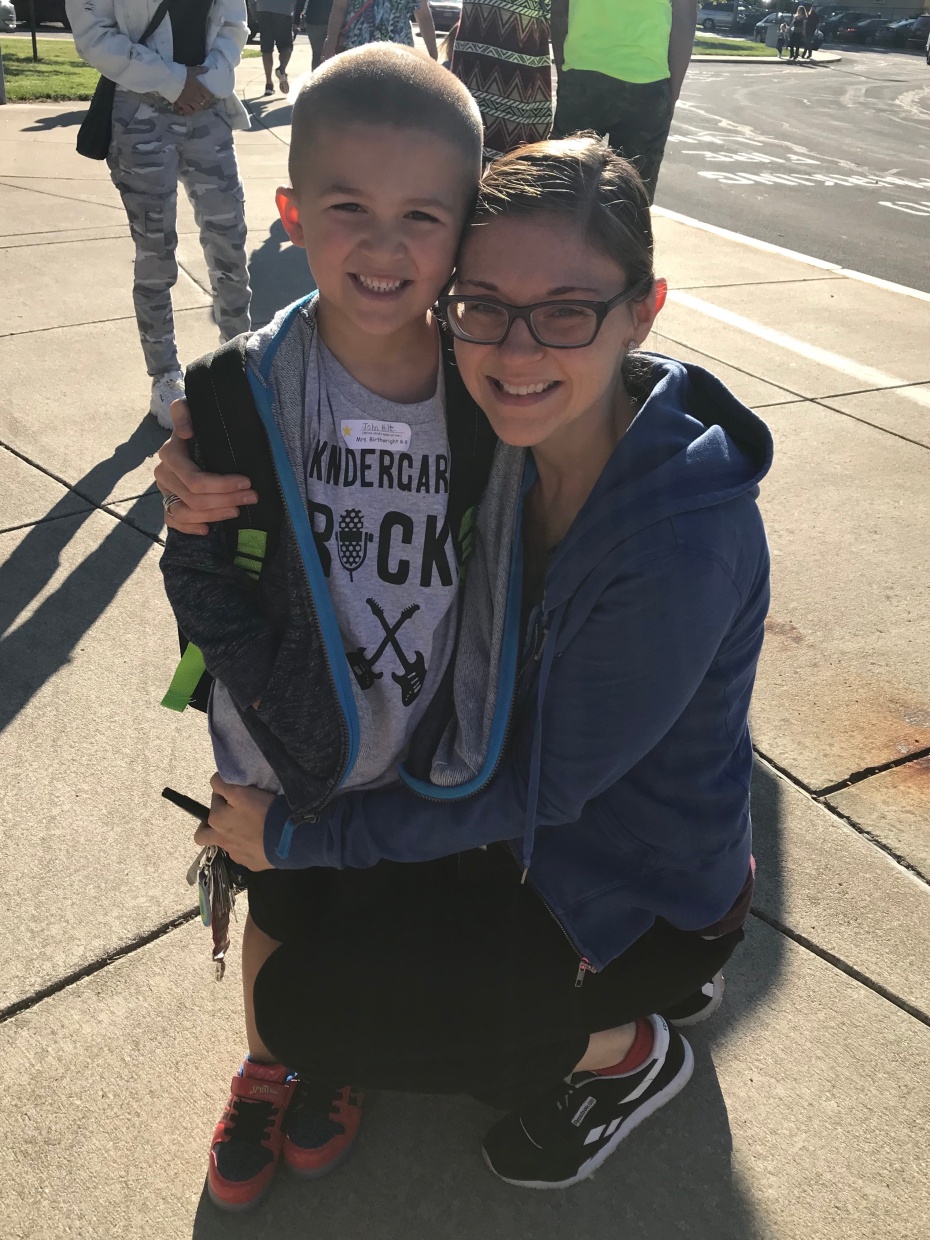 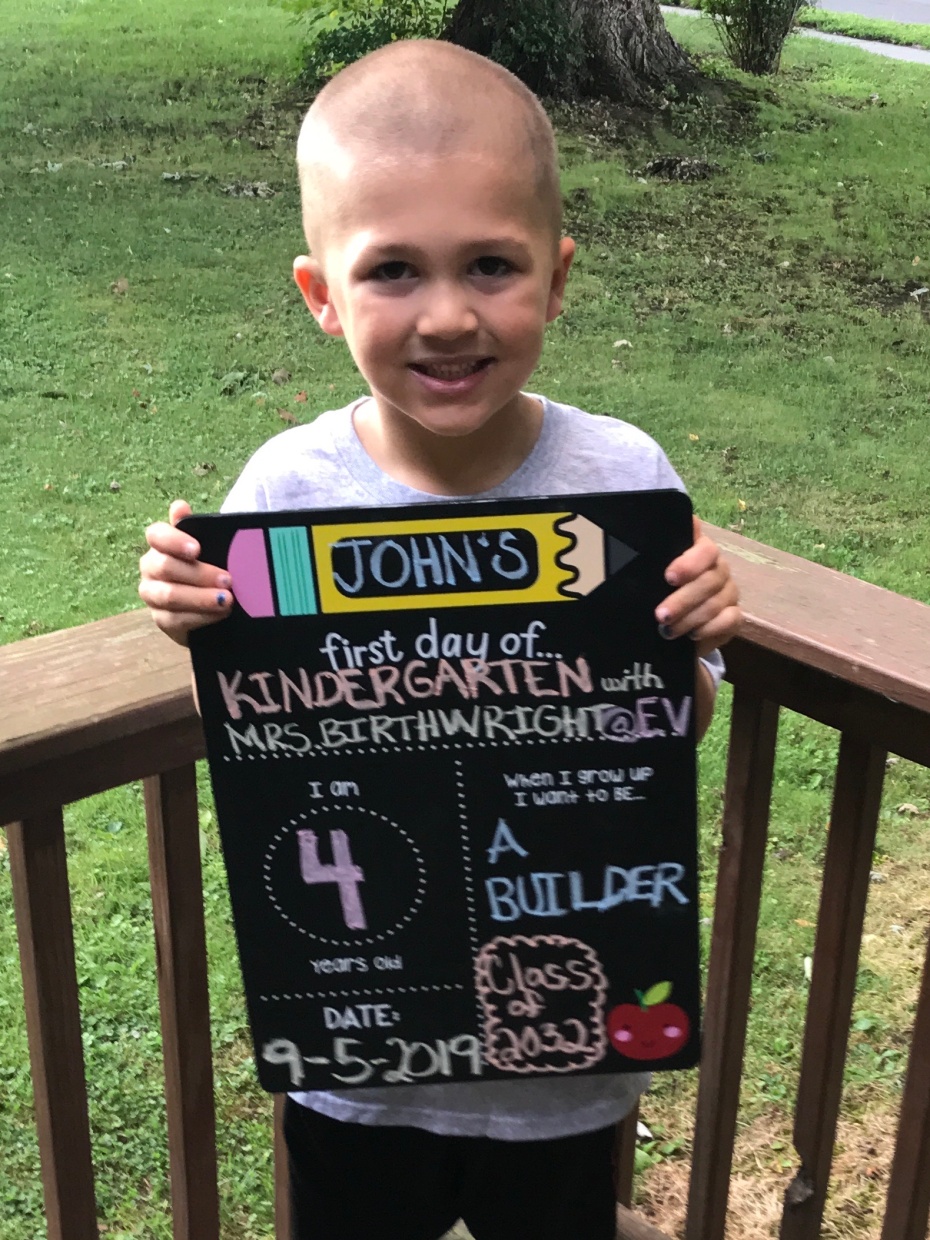 Sorry for my absence in the blog world lately – I have been a BUSY GIRL! I started a new job which I am LOVING, and my little man has been busy too – he started KINDERGARTEN!

We are both crushing it so far – loving our new gigs, and enjoying the change – which can sometimes be overwhelming and scary, but it’s important to teach the kids not to fear change, right? Now if only I could teach myself the same thing…hmm (lol!)

One thing that has changed which I am SO glad about – is the SEASONS! It is OFFICIALLY FALL – so you know what THAT means – Pumpkin Spice Lattes, falling leaves, apple picking, and scarves galore….what can I say, I’m as basic as they come!

As a Disney lover who also loves the autumn season, there is no better place to be than Disney World in the fall – I was lucky enough to be able to be there this time last year, and I just loved it all: 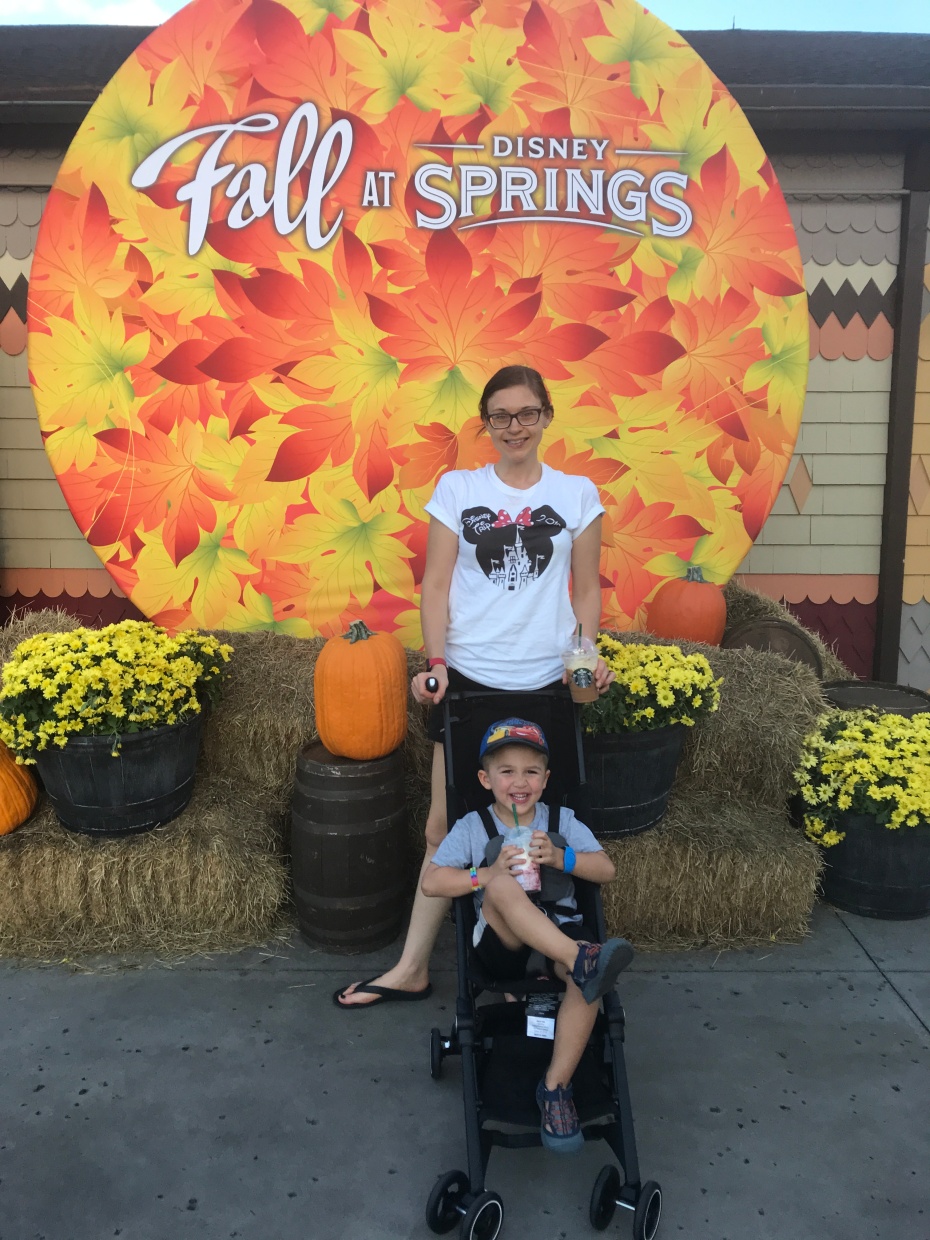 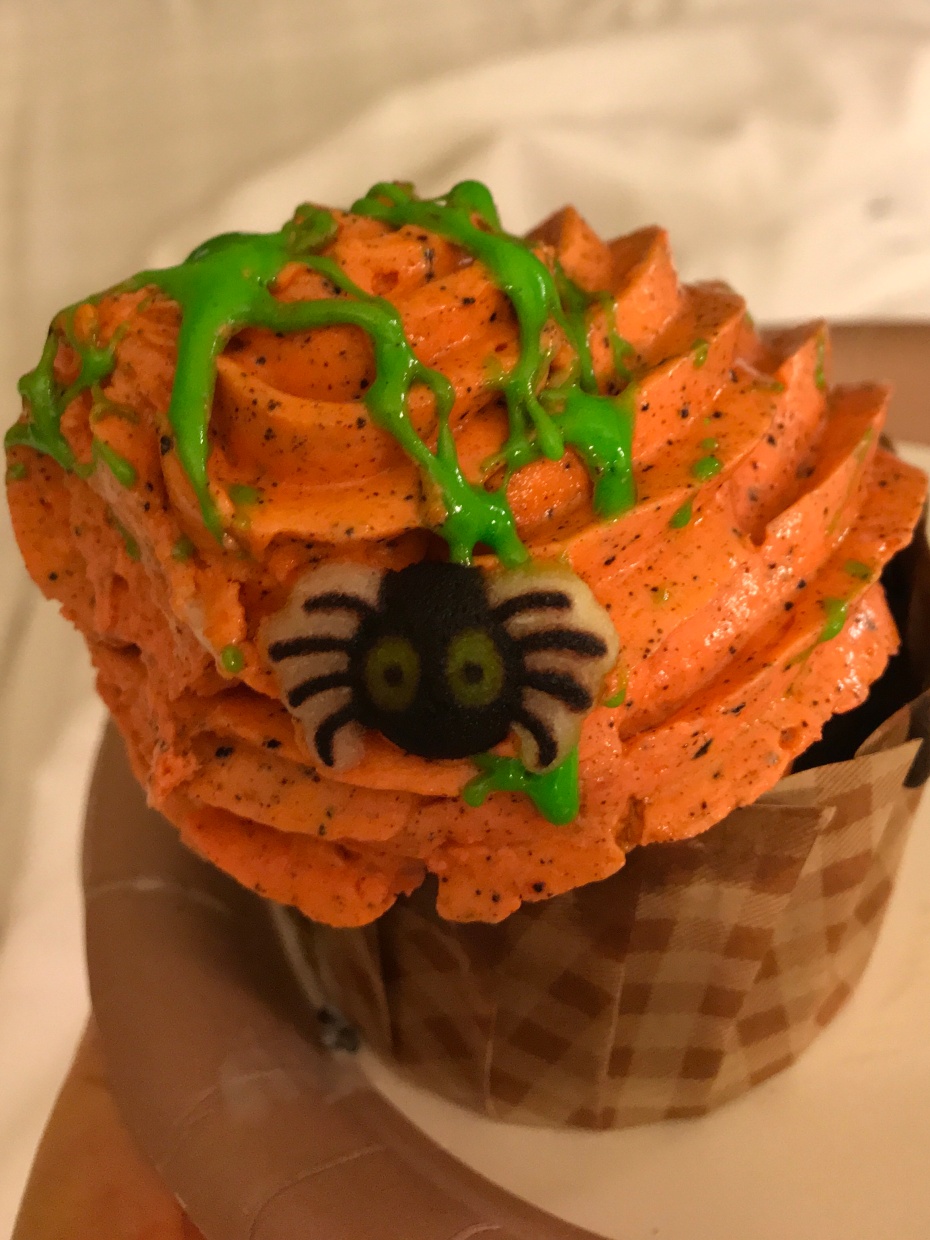 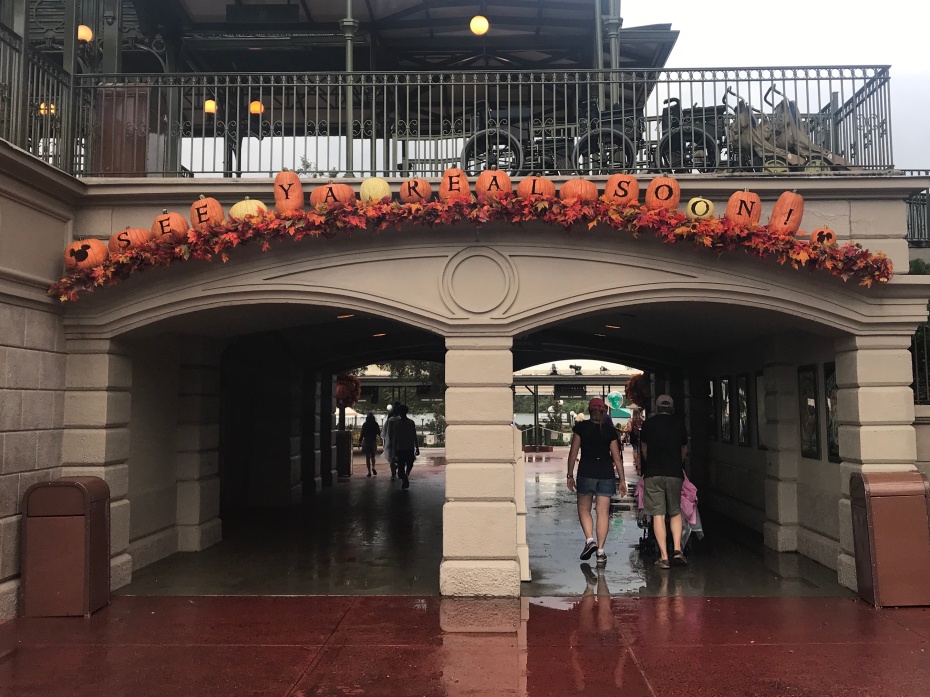 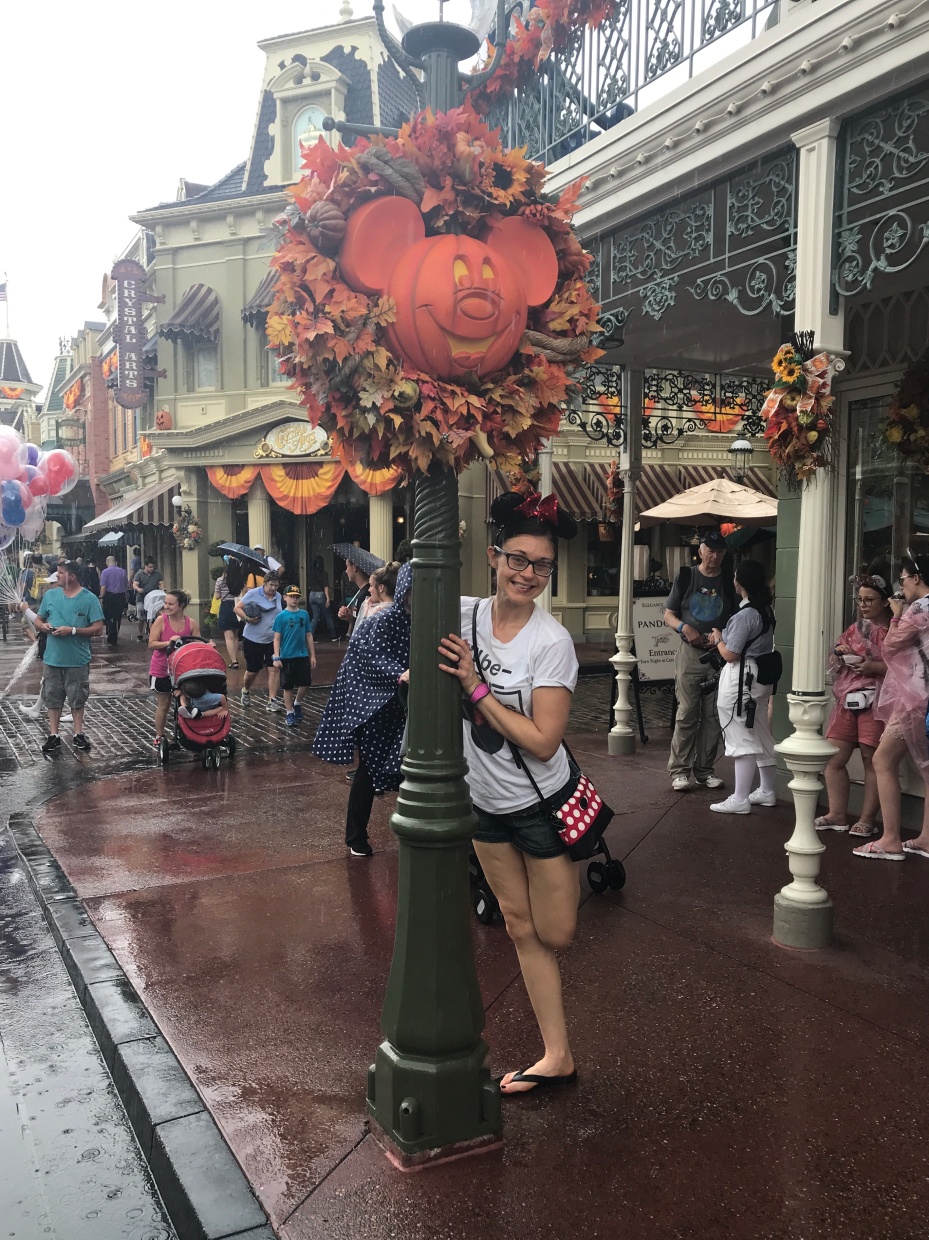 I wish I could be back there now, enjoying all the decor and special merchandise and snacks – but fall in Upstate New York is pretty great too – it actually cools off and there’s a crispness to the air you just can’t find in Florida

Posted on February 22, 2019 by livinginagrownupworld

When preparing to take my 3 year old son to Walt Disney World for the first time, I had an idea of what he might like/dislike as far as rides, dining, and characters – and many of my instincts were spot on. But – there were some things I couldn’t have predicted that he would just love: 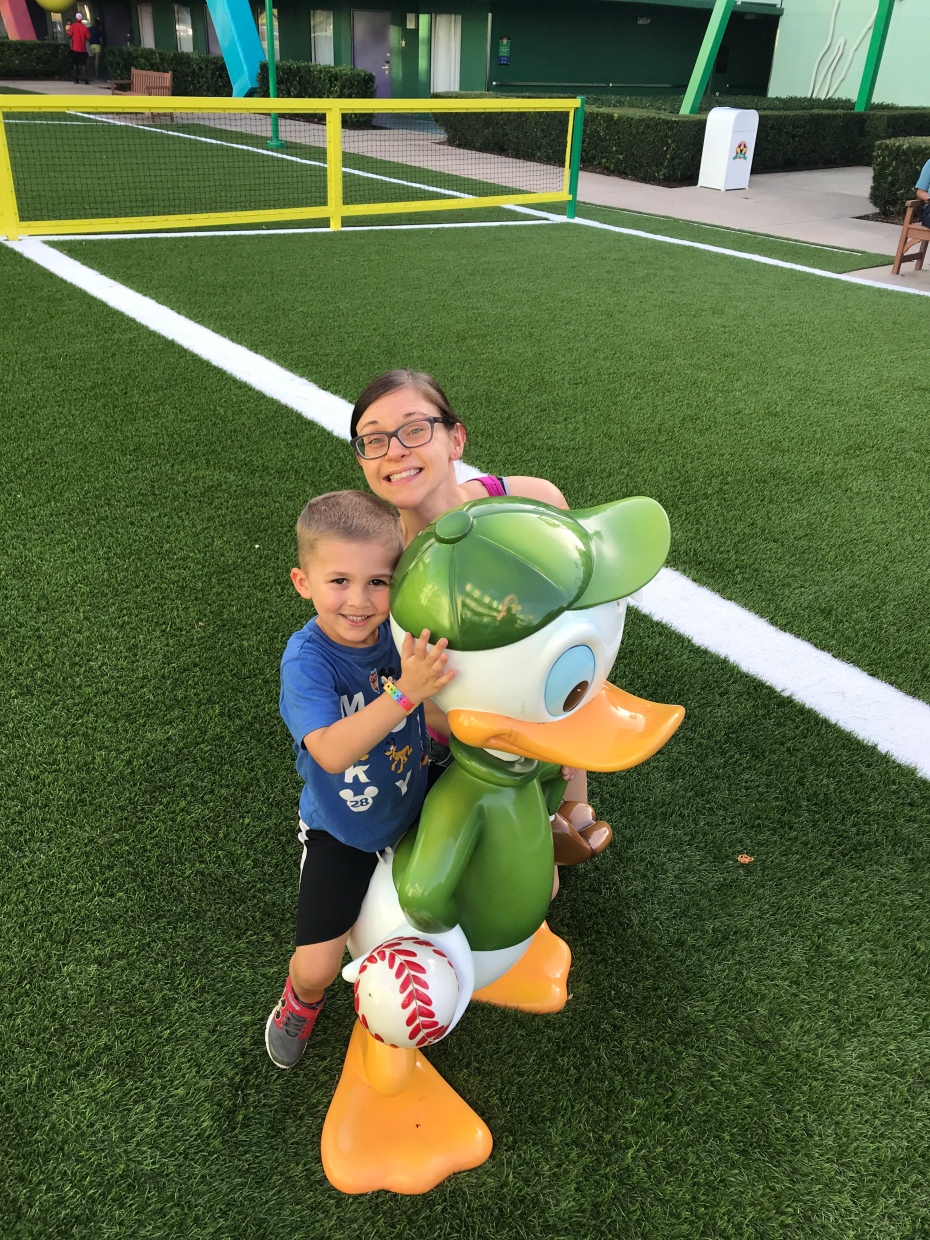 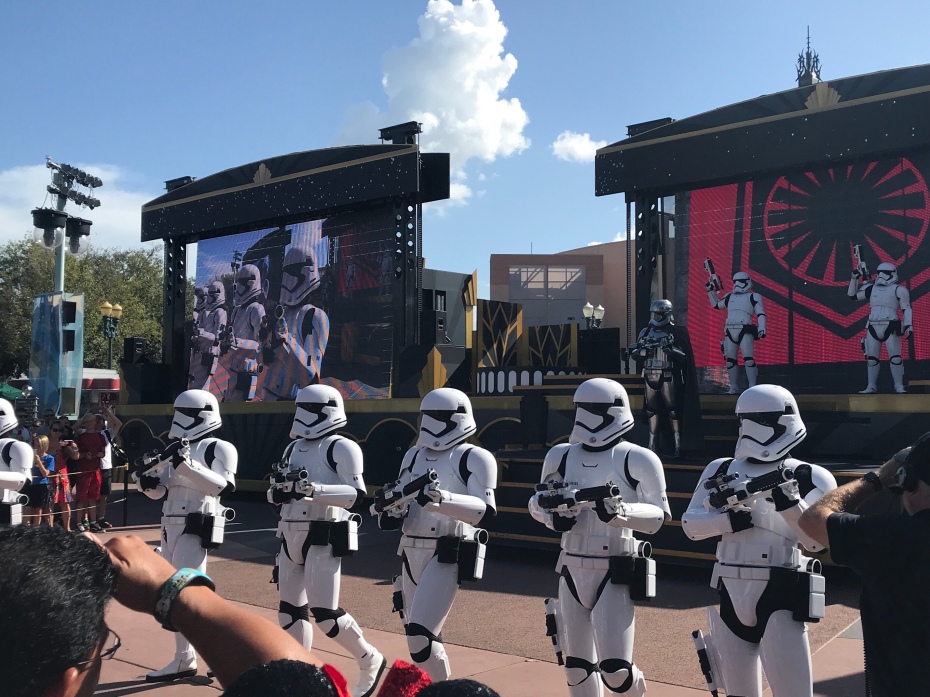 He really enjoyed watching the Star Wars show at Hollywood Studios – longest he has sat still in forever ha! 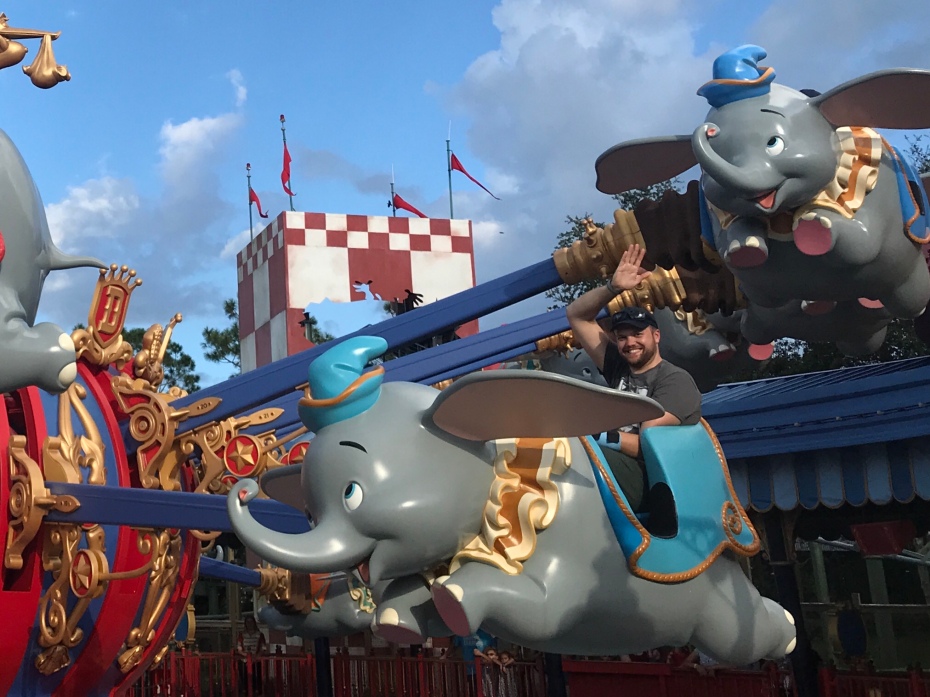 I was not prepared to ride Dumbo 4 times in a row – but it was a trip favorite for sure – he loved that he could “control” the up and down motion of the vehicle – and there was no line so it was easy to ride over and over! 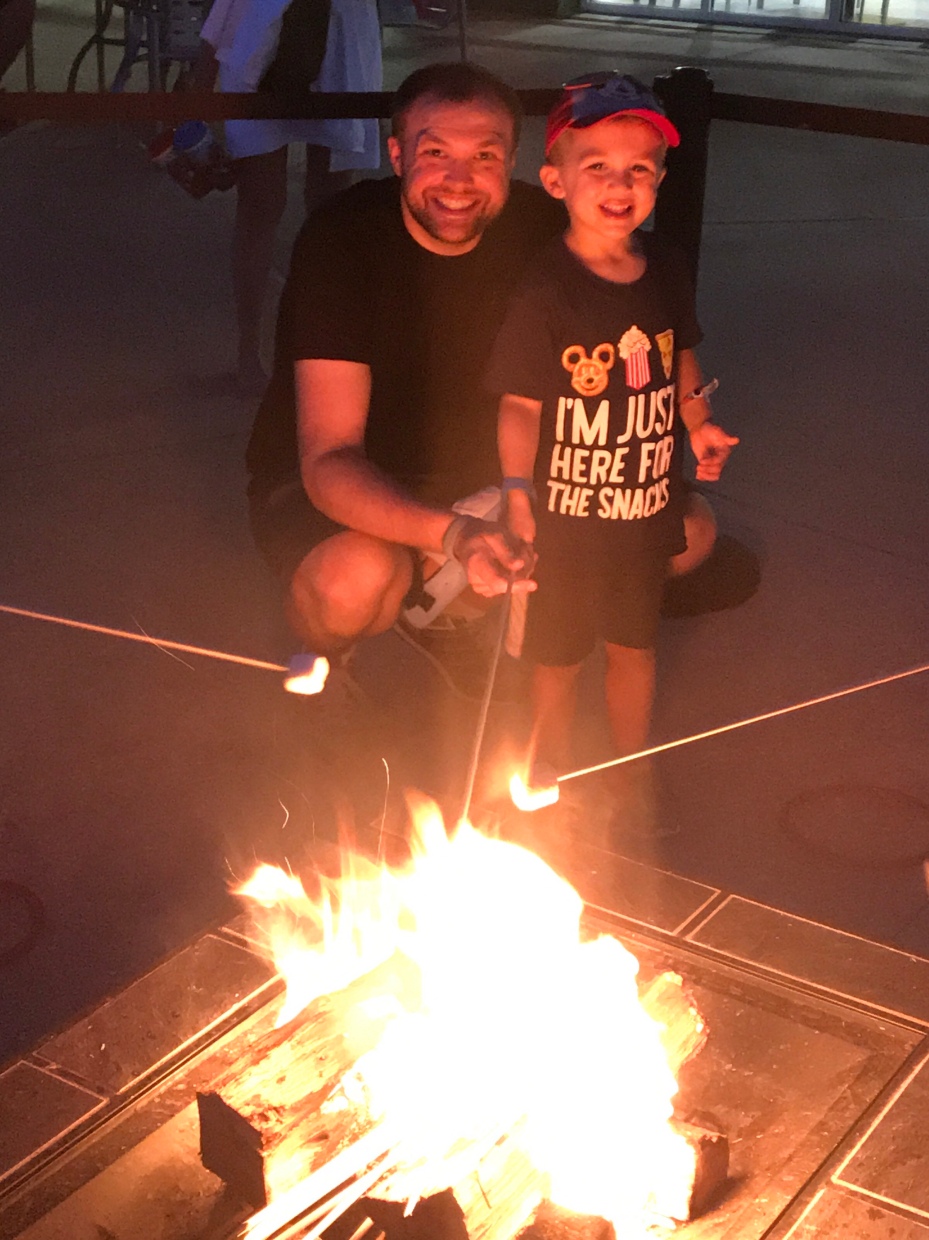 Roasting marshmallows at the nightly hotel bonfire – I mean – ok, most kids love s’mores, but most aren’t patient enough to roast the marshmallows themselves, but he loved it, and of course enjoyed the end result, too!

A few things he did NOT love: “Real” characters – he was dying to meet Ariel, but when he went into the grotto and saw she was a real person (not a covered face like the rest) – he wanted NOTHING to do with her! Slinky Dog Dash, Mission – Space and Dinosaur were all rides he was definitely not on board with – although he said afterwards he liked it, but I could tell he was scared at the time!

It just goes to show – you gotta try everything, and you might just be surprised at what you like (that you maybe didn’t think you would!) Now only if I could use the same theory with my son on vegetables, hmm…