T.G.I.F. Pic Of The Week – A New Place To Get Even More Great Disney Pics!

Posted on December 9, 2016 by livinginagrownupworld

You can get some great traditional posed family photos, or you can jazz it up – they have a variety of backgrounds and special effects to choose from, and they even have props available too!

As someone who LOVES photos (and considers them by far the best souvenir of all), I would DEFINITELY take advantage of this new studio style setting to snap some family shots. How about you – will you be making the trip over to the new PhotoPass Studio on your next WDW Trip?

Posted on November 29, 2013 by livinginagrownupworld 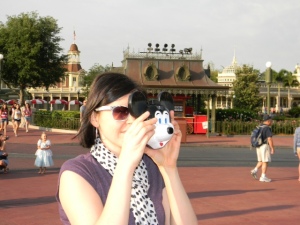 Have you ever gotten home from a vacation, turned on your camera, and realized that you have like 3,000 pictures on there – 600 of which are blurry, 300 of which are too bright or too dark, etc etc – and once you spend the several hours it takes to load and sort them all, you end up with maybe 200 decent pictures (and a headache?). I have definitely been there, and it’s no treat. As much as I love taking photos while on vacation, and want to capture every memory, I know that I definitely need some photo management tactics to utilize while vacationing at Disney (or anywhere really!)

The first thing I always do is to review my pictures daily – either at the start or end of my day, I will go through my digital camera and delete the dark/blurry/unsuitable/unflattering photos – which saves me from having to do it all at once after the trip. It only takes a few minutes each day, and it’s a fun way to relive yesterday’s activities!

One really important Disney vacation photo rule to abide by is to use ONE CAMERA AND ONE CAMERA ONLY – which means only one iphone/tablet/digital camera should be used to take ALL the trip photos, and it’s also easier if one person is in charge of the camera too. This is hard – trust me, it’s especially hard for me, as my husband is into using assorted vintage film cameras, and I personally carry my phone and digital camera with me as well – so at any given time while on vacation, we have 2 smartphones, 2 film cameras, and one digital camera on us (minimum). So, for me, this is a new rule that I will be attempting to follow for the first time when I head to WDW next month for Christmas – I actually plan on using only my iphone, and leaving the rest of the cameras behind. It’s small, its easy to use, and it takes pretty decent pictures (which I am then able to immediately share with my friends and family via social media!). So while this rule is hard to follow, it is a worthwhile one – it makes it much easier to organize your photos when you get home

You should definitely try and utilize The Disney Photopass Service as much as possible. The photpass photographers are stationed all over the Parks, and will take your party’s picture in front of the Castle/Tower of Terror/Tree of Life (and the list goes on), and then those photos all get loaded onto an online account for your to review and purchase after your trip. They will also willingly take a shot with your camera too, which is nice. Oh – and if you’re generally the trip photographer like I am – this will allow you to actually BE in some of the trip photos, which is always nice for a change!

This tip is specific to Disney Vacations, and it’s something that I have picked up on over the years – which is to skip the parade/fireworks photos. This may seem strange, since we all love a good parade, but photos of parade floats/characters etc tend to be taken at a weird angle, cutting off part of the float, and/or have the tops of like 10 people’s heads in them. Take a few of the main attractions of the parade, but overall, don’t bother much with parade or firework photos, they aren’t worth it – save your shutter for the good stuff, like character meet and greets and FOOD

If you follow these simple tips you will find that your photos really do become a cherished trip souvenir, instead of a big nuisance!

Posted on November 22, 2013 by livinginagrownupworld

There are tons of great ways to commemorate an amazing Walt Disney World vacation. For me, PICTURES are the best souvenir of all – I take several hundred during the trip, and love going through them and ordering prints when I get back home – it’s a great way to re-live the trip.

Disney has some super cute souvenirs that can help you relive those memories too! 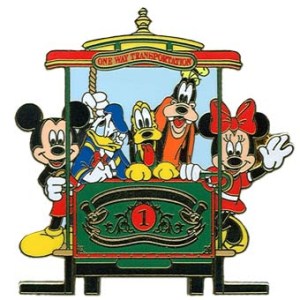 You can add to you pin collection with a pin that reminds you of a special moment of you WDW trip – for me, this Main Street USA Trolley Pin reminds me of the time on our last day at WDW when we saw the Trolley come out early in the morning, and we got to take it on its first trip of the day down Main Street to Cinderella’s Castle 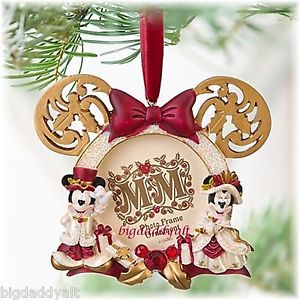 Christmas ornaments are a great trip souvenir – my parents have one from every trip we took when I was a kid, and its awesome to see them all on the tree. I have this one on my tree with a picture of my husband and I from the trip when we bought it – it looks great on the tree! They always have an ornament with the year on it too, so if you plan on going yearly, you can commemorate each trip that way! 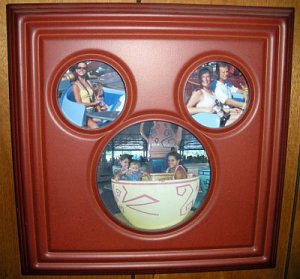 There are a lot of great picture frames available at the Parks, and I love the little magnet ones I can put on my fridge, as well as larger ones like this Mickey head frame – what a great way to display multiple trip memories in your home! 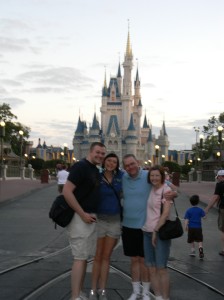 Like I mentioned, the trip photos are pretty much my #1 fave vacation souvenir – but I understand that not everyone wants to stop and take pictures or carry a camera around – but luckily there is a way to get tons of great trip pics without having to take them yourself! Disney’s Photopass is a service where the Disney photographers stationed all over all the Parks will take your family’s photo and load them all onto a scan-able card, and you can go online to review them during/after your trip, and order prints/CD’s/photo gifts etc. It’s a great service that I love taking advantage of while at the Parks!

There are also some pretty cool FREE items to collect. I like to save Park maps (they make cool wrapping paper), celebration pins (the kind you can get if it’s your birthday/anniversary etc – my Honeymoon one still sits on my bedside table to this day!), Disney napkins (yes, I take piles of these home. Don’t judge), and I always grab a few of the mini lotions/shampoos/soaps from the Hotel Room

What about you – what “Memory-Abilia” do you like to collect from your Disney Trips?

Disney Photos – The Best Souvenir Of All!

Posted on September 17, 2013 by livinginagrownupworld

There is a TON of great Disney merchandise out there, and when you travel to the Disney Parks there are plenty of choices to pick from in the souvenir department – they have it all, from magnets and pens to pins, stuffed animals, apparel, and much much more. I love purchasing these items to commemorate the amazing memories from my Walt Disney World trips, but I have to say, my absolute favorite souvenir isn’t something you can purchase in a store – it’s the photos from the trip that I cherish most of all – I love capturing the smiles, laughs, and good times had as a family!

Here are my Top 5 “Must Have” Posed Photos

Castle Shots – I will always get the Disney PhotoPass Card so that we can go to various “photo op” spots around the Parks and have the pros take our pictures – and the best part is, they are usually willing to take a photo with your camera too, so that even if you decide you don’t want to purchase the PhotoPass package, you can have a copy of the shots they take. My favorite place to pose is in front of Cinderella’s Castle – its classic, makes a great framed photo, and it’s beautiful at night too! 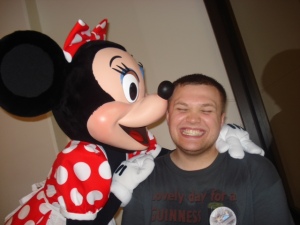 Character Love – Any picture taken with characters is fun, but one with a hug or a kiss or a funny pose from a character is even better! They will usually ham it up for the camera if you’re wearing a celebration pin, or if you have a shirt that has them on it or something – and those moments are priceless! 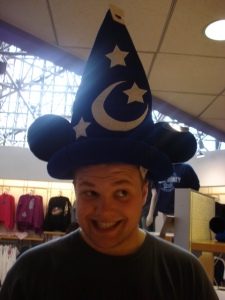 Funny Hats – Most Souvenir shops have a selection of hats, and you’ll find your standard baseball caps and Mickey Ears here, but you will also find some more quirky options – like the Mickey and Minnie bride and groom ears, as well as this adorable Sorcerer’s Apprentice option! I love trying on the hats and getting pictures of us sporting the different styles!

Food Pics – I am a HUGE Disney Foodie – I love the variety and quality of all their food, and I love remembering my trips via the meals I eat (Strange? Maybe. Delicious? Definitely!) It’s great to get photos of you and your party trying new and exotic cuisine, and it’s also fun to get classic Disney food photos too – like this one of my dad and husband enjoying a Mickey Ice Cream Bar on a hot day

Resort Fun – There is a LOT to see and do around all the various Disney Resort Hotels, and I love taking an afternoon to explore and stroll around my Resort – you never know what you might find, or what photo ops are just around the corner from your room!

While in the Parks, I will usually pick up a few small “photo related” souvenirs – like magnet photo frames, or sometimes a larger frame or album, and then once I am home, I love to spend time going through the photos, and choosing which prints to order, and then which ones to frame and hang around the house. It’s a great way to combat those “post vacation blues”, and it always helps remind me of why I love Walt Disney World so much!