T.G.I.F. Pic Of The Week – Pumpkin Carving With A Disney Flair!

Posted on September 13, 2013 by livinginagrownupworld

It’s almost fall, which means the candy, décor and costumes are out in stores and have got me thinking about how to celebrate Halloween! There’s always pumpkin carving of course, and while I do love the classic triangle eyes and nose with the two-tooth smile, why not branch out and try something different this year? There are plenty of Disney choices to pick from when it comes time to slice and dice up your Jack-O-Lantern:

Or you can always go with your favorite Muppet

Or perhaps something more on the “Dark Side” for you? Find Instructions and Star Wars Patterns here

Check out more Disney pumpkin templates here, and if you want, you can also buy books of these and similar Disney/Star Wars patterns at Target, or Wal-Mart

Posted on August 13, 2013 by livinginagrownupworld

The Original “Muppet Movie” releases its special “Nearly 35th Anniversary Special Edition” today, with NEW special features like the Director James Frawley’s “Muppet Screen Test”, and the “Disney Intermission” feature – where if the movie is ‘paused’, you get to watch humorous songs and sketches starring your favorite Muppet characters. The movie was previously released on regular DVD, but this is the first time it’s being released on Blu-Ray, and also the first High Def release too!

For those of you who aren’t familiar with the movie, it’s all about the Muppets origins and their journey to follow and fulfill their big Hollywood dreams. This movie paved the way for some pretty amazing Muppet movies, like my personal faves: The Muppets Take Manhatten, and A Muppet Christmas Carol, and of course, the “rebirth” of the Muppet Movie with 2011’s “The Muppets” and 2014’s highly anticipated “Muppets: Most Wanted”

I know I will be stopping to pick up a copy of this for my husband after work today- it’s his favorite of the Muppet features, and why not? It’s laugh out loud funny, features amazing guest stars, and is “Classic Muppets” at its finest!

Posted on May 30, 2013 by livinginagrownupworld 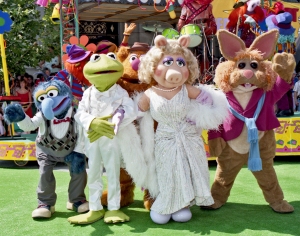 In May of 1991 – Exactly 22 years ago today – Disney welcomed the Muppet Vision 3D attraction to Hollywood Studios with a “green carpet” event – featuring the famous faces we all grew up loving to watch (Fozzy Bear and Bean the Bunny are my personal faves!) 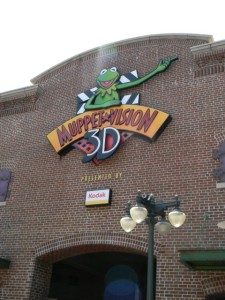 The animation and 3D techniques used in this show were the most advanced available at the time, and the gimmicks and characters have kept us laughing out loud for the past 22 years

The Muppets have come a long way since then, and I personally think that with the New Muppets Movie in the works, that this attraction, while fun and funny, could definitely use an upgrade. But, until then, I will continue to enjoy this amazing attraction!

WDW – Where To Start?

Posted on May 7, 2013 by livinginagrownupworld

So you have made it to Walt Disney World – hooray! Now the question is – where do I start? Which Park do I visit first? Well, maybe this can help you make that decision…

So what’s the verdict? Personally, I am a Magic Kingdom girl all the way, which is confirmed with this chart!

(I borrowed this image from the Disney Parks Blog – it was too fun not to share!)