T.G.I.F. Pic Of The Week – Usher In Spring and Summer With This Bright Disney Kitchenware!

Posted on April 4, 2017 by livinginagrownupworld

Living in Upstate New York means that it can snow basically anytime from September through May – and even though it’s only early April, I feel almost *mostly* confident in saying that Spring has Sprung! Green things are growing, the temperatures are rising, and most exciting of all – I am MOVING SOON – to a house with a POOL! So needless to say, I am pumped for spring/summer this year – to have a deck and pool to get to enjoy the nice weather, and to get the chance to entertain and host many pool parties and get togethers! So as I like to do, I was browsing the Disney Store for some things that might go nicely in my new house, and I found some awesome kitchen/serving stuff that is PERFECT for the upcoming warm weather months: 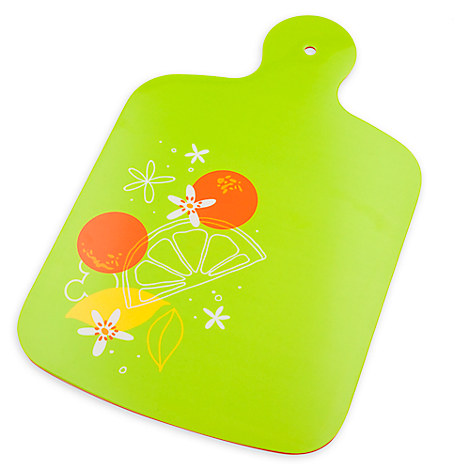 I can just see myself serving up drinks and snacks in these adorable bowls and cups while lounging on my deck by the pool! Check out the full line of Mickey Mouse Citrus here

T.G.I.F. Pic Of The Week – Redecorate With These Awesome Disney Finds!

Posted on January 8, 2016 by livinginagrownupworld

I don’t know about you, but I have a TON of things I want to get done in 2016: things to clean, things to accomplish, things to change – and things to make better, too! One of the things that’s on my many lists this year is to spruce up the house – do a deep clean and then do some redecorating too, and I am hoping to get some more Disney into my design scheme. If you’re considering doing some redecorating in 2016, then you’ll definitely want to check these out: 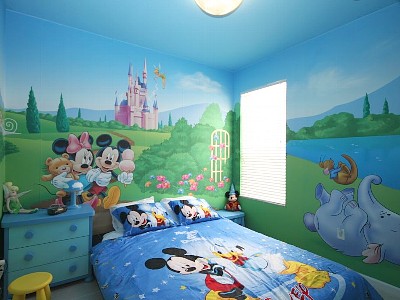 You don’t have to be an artist to create an awesome Disney-themed kid’s room – decals are available online or at a lot of local retailers, and anyone can slap a fresh coat of paint on some old furniture to spruce it up! 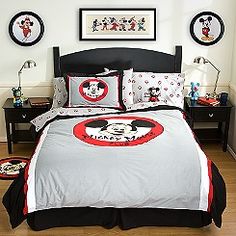 Disney bedrooms aren’t just for the little ones – using black, white and a splash of red with some Mickey décor can really make for a sharp looking adult bedroom too! 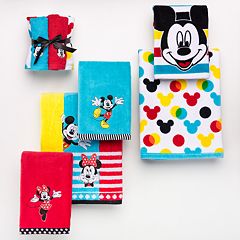 Mickey perks up even the smallest space – and the bathroom is a great space to freshen up (since it gets a lot of use!). Kohl’s has some great Disney bath accessories right now, and they are pretty affordable too! 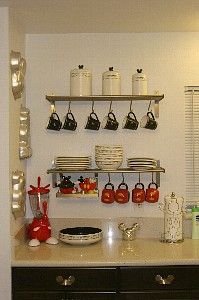 I love the idea of getting to display all my favorite Disney kitchen ware (most of which I brought back from the Parks), and putting up shelves or hooks in a dining or kitchen area is pretty simple, and a great way to decorate too

One of my favorite Disney trip souvenirs is the photos I take while at WDW – I love looking over them and then printing the best ones for framing and albums. A Disney trip vacation photo wall is a great way to express your love for Disney anywhere you have a blank wall – and you can add things like a pin shadow box too

Hopefully these have inspired you to head to your local home improvement store and get some things done around the house – I know I can’t wait to infuse a little bit more Disney into my house this year!

Don’t Waste Your Money On These Disney Souvenirs

Posted on January 26, 2015 by livinginagrownupworld

There are SO MANY awesome things available for sale at the Disney Parks that it’s hard to narrow it down when it comes to which ones you should actually buy and bring home with you. Some choices are better than others when it comes to what you might actually use/appreciate/enjoy after your trip is over, and if you’re not sure what is worth your hard earned money, then check out this list of items NOT to buy:

Clothes: Ok, this is controversial, as many people would argue they will wear the hoodie or hat or t shirt again at home – but I know for me and my husband and probably many other people, that’s just not the case. We don’t generally go out in “Disney world” apparel, so dropping $60 on a hoodie might not be the best choice for us. Also – I did just say $60 for a hoodie, that’s right – the price is another factor here, clothes at WDW tend to be really expensive, and if you don’t desperately need it (like you didn’t spill coffee all down the front of your shirt while trying to get a picture of the castle like I did…) then don’t bother

Parade Toys/Glow Sticks etc: While waiting for the nightly parade you will see vendors pushing carts of light up wands, glow sticks, and other bright flashy items. They are fun while they last, but don’t give in to the kids’ begging – these items won’t get much play time at home and in the case of the glow sticks, die out after just a few hours

Anything Huge: This may seem like an overly general statement, but that Lego Star Wars Millenium Falcon is bigger than most people’s checked luggage, and that huge stuffed Mickey mouse will definitely get dirty after being dragged around the Orlando airport for hours…this one is really common sense people – if its bigger than your child, don’t buy it

Glassware: Disney sells some really nice kitchen items, including nice wine glasses and beer glasses and ceramic mugs – all of which look great in the store, but won’t look so great after being shattered to pieces in your suitcase. Wait until you get home, and order it online through the Disney Store – you’ll be glad you did!

Things You SHOULD Buy: There are a few go-to souvenirs that I always end up grabbing on our Disney trips: A Christmas ornament with the year on it, a photo frame (I like the small magnetic ones, no glass involved!), playing cards, pens/notepads – anything small is a win in my book, and some of the kitchen stuff is great too – like towels or pot holders – things I can use and enjoy long after my trip is over are what I like to bring home with me!